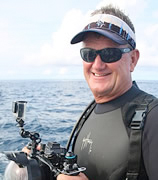 Guy Harvey is a unique blend of artist, scientist, diver, angler, conservationist and explorer, fiercely devoted to his family and his love of the sea. Growing up in Jamaica, Guy spent many hours fishing and diving with his father along the Island’s south coast. He was obsessed with the creatures of the sea and began drawing pictures of the many different fish he observed.Guy’s artwork can be found in art exhibits, stores, galleries, restaurants and at fishing tournaments.

Born in Lippspringe, Germany on September 16, 1955 while his father was serving as a Gunnery Officer in the British Army, Guy is a 10th generation Jamaican of English heritage as his family immigrated to Jamaica in 1664. From his early inspirations, Guy’s natural gift to recreate marine life has propelled him from Professor of Marine Biology to a Wildlife Artist and Photographer. Guy initially opted for a scientific education, earning high honors in Marine Biology at Aberdeen University in Scotland in 1977. He continued his formal training at the University of West Indies, where he obtained a Doctorate in Fisheries Management.

A passion for the beauty and wonder of the underwater world has driven Dr. Guy Harvey to be a leading conservationist and advocate for the protection of our environment. Guy dedicates much of his talent, time and resources to programs that protect our oceans, fish population and reef systems. The Guy Harvey Research Institute at Nova Southeastern University and The Guy Harvey Ocean Foundation have taken on a leadership role in providing the scientific information necessary to understand and protect the world’s fish resources and biodiversity from continued decline. 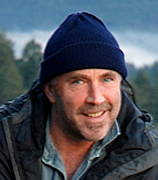 Ron has spent 25 years in dive, hospitality and tourism industry in different parts of the world.

Now, as a full time artist he provides graphic design solutions including original artwork, illustration, print design. Rogest is marketed worldwide through environmental groups and educational outreach programs while improving environmental awareness. Rogest has delivered a message of environmental awareness about the oceans to hospitalized kids in Canada, foster kids in Cayman, village kids in PNG and Fiji along with schools and libraries in Canada, England, USA, Australia, Singapore and invites to various other events.

Rogest has worked closely with DAN both in the USA and Australia. He has donated his art work and time to the Cayman National Trust, O.W.U. Scholarship Society, Conservation International, Ocean Pals, Oceans for Youth Foundation, REEF, Catalina Conservancy Divers, W.W.F., Coral Reef Alliance, Reef Check, the Marine Mammal Care Centre and many other events and organizations worldwide all for marine awareness and conservation. His artwork and motivational inspiration is truly making a difference. 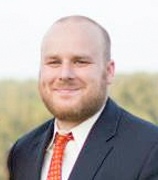 Justin was born in Wiesbaden, Germany on a US Air Force base and grew up in Augusta, Georgia. He has a bachelors degree in Business Administration from Georgia College & State University. Justin works in business development and manages the apparel department for Aggressor Adventures. He began his SCUBA hobby when he was 15 with his father; he has expanded his love of SCUBA to his wife and now 1st born son. He is an extremely devoted family man, with a wife and 2 sons. His other hobbies include swimming, biking, and running, in that order. 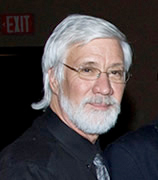 Jerry Beaty started scuba diving in 1967 and in the 1970s began a career in the dive industry as an equipment representative. He then opened All Sun Tours, a nationwide dive travel wholesale company which became the largest dive wholesale travel company to cater exclusively to dive retailers and their students.

In 1996 Jerry joined Dive Training magazine as advertising manager and was quickly promoted to Associate Publisher. As a veteran of the dive industry, Beaty has been a part of developing and patenting the Supplied Air Snorkeling for Youth (SASY) and starting the nonprofit foundation for the ocean and marine education of young people, Oceans for Youth (OFY).

Beaty is certified by several certification agencies and is an SSI Platinum Pro 5000 cardholder. When asked to name the most rewarding part about working in the dive industry, Jerry cites the friendships he has had the privilege to enjoy and the honor of developing relationships with the business owners he has assisted. 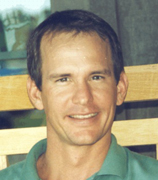 Craig Jenni has been an active diver since 1976 and professional dive instructor since 1982. He is an instructor or instructor trainer for most major diver certification agencies. He is qualified to teach entry-level divers to the highest levels of technical diving. During his career as a professional diver, Craig has been a commercial diver, taught commercial diving, public safety diver, scientific diving safety officer and trained in US Naval Special Forces (BUD/S). Craig was the executive director of one of the major dive training agencies and spent several years as a member of the RSTC. He is a board member or committee member of numerous dive industry organizations. He is an attorney that specializes in consulting dive training agencies and industry stakeholders on matters ranging from training standards to risk management. For the last 20+ years, Craig has been the President of Dive and Marine Consultants International, Inc., which specializes in conducting forensic dive accident investigations around the world. During that time he has investigated over 4400 dive and marine accidents and is international recognized as a foremost authority on dive accidents. He is frequently a presenter at dive symposiums and contributor to dive publications. When not underwater filming his latest dive adventure Craig enjoys endurance and extreme sports. 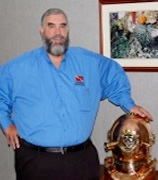 John Witherspoon has over 25 years experience in the insurance business. He joined Gale Smith & Co. in 1986. He received his Bachelor of Arts degree in Business Administration from Mercer University in 1982. He earned his CIC designation from the Society of Certified Insurance Counselors, a Professional Continuing Education Program in 1989. While at Gale Smith & Company John served as the manager of
the SCUBA Department, handling various types of SCUBA manufacturing and service risks. In 1989 he developed a program for professional liability for SCUBA instructors. This program provides broad coverage at a competitive price and has shown steady growth since its inception. In 1993 John started Witherspoon and Associates to deal strictly with dive industry insurance.

John’s interest in SCUBA diving dates back to the 1970s. He has been a NASE and NASDS master instructor and taught uw photography, open water, and advanced open water. John holds certifications and or instructor ratings for several other certification agencies. He participates in DEMA conventions and programs.

John’s unique blend of insurance and scuba experience qualifies him to act as program coordinator for a SCUBA program. As a third generation insurance professional, John started his insurance career at Gale Smith & Company which was founded in 1868. Through his SCUBA experiences and love for the sport, John has developed contacts with various instructional and retail associations in the dive industry. These connections provide access to the larger and more professional dive operations, making him the perfect marketing asset for this program.

Mike Mesgleski has been teaching underwater photography for 26 years, helping students create thousands of beautiful images of the underwater world. He has been in business repairing underwater photo equipment since 1988. Among his awards, Mike is a recipient of the prestigious SSI Platinum Pro certification.

By Megan Hoover, Sea of Change Foundation Intern Samantha Whitcraft, Sea of Change Foundation, Executive Director             It’s that time of year again when Shark Week commercials promoting documentaries and shows on Discovery Channel and National Geographic begin. This year is the 34th anniversary of Shark Week, and both Discovery Channel and National Geographic have […]

Lifetime Explorers Awards
Board of Directors
Leadership
Board of Advisors
Partners